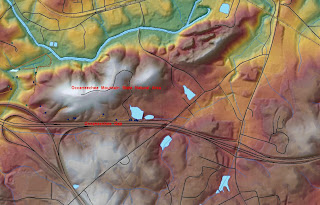 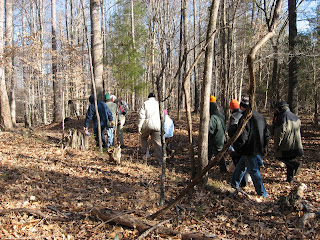 It is remarkable to observe and amusing to consider the constancy of this old mark on the land, this chokepoint.
chokepoints colonial roads fords premodern travel saddle gaps in the Piedmont of North Carolina